Note From The Founder

In October of 2003, after a time of prayer, the Lord put in my heart the idea of a mobile ultrasound vehicle to show pregnant abortion-minded women their babies. He even gave me the name: I See You (ICU). I told my husband, Steve, about it and he agreed that we should pursue it. He, in turn, began to look for some kind of vehicle. I wanted an RV, but the cost was prohibitive and we would have to re-work the inside of any we purchased to remake it into a medical unit.

One day, a man from our church approached Steve and asked if he could come to our farm to cut firewood. Steve agreed and as they were working, Steve mentioned to him that we were looking for an RV to use as a mobile ultrasound unit. This friend told Steve that his uncle (who happens to be pro-life) owned an RV dealership south of us, and he would ask him. He spoke with his uncle, who, in turn, told him about a counseling service in another town that had purchased an RV from them a few years earlier and now wanted to sell it.

We drove to Versailles, Ohio, and there in the parking lot sat just what we were looking for – an RV in very good shape and completely open inside. The cost was $5,000.00. It was a 1986 model, but it only had 1600 miles on it and it also had a new generator. We took it home where it sat for a while as we waited for the next step which was soon to come.

One evening during Steve’s Bible study, he sat next to a man he had never met, and they began to chat. In the course of the conversation, Steve learned that this man owned a video production company. Steve told him about the ICU project and he was very anxious to learn more about it. We began meeting regularly and our new friend offered his services (and those of his staff) to design the exterior of the vehicle. He gave us valuable advice on how to proceed with making the project happen. 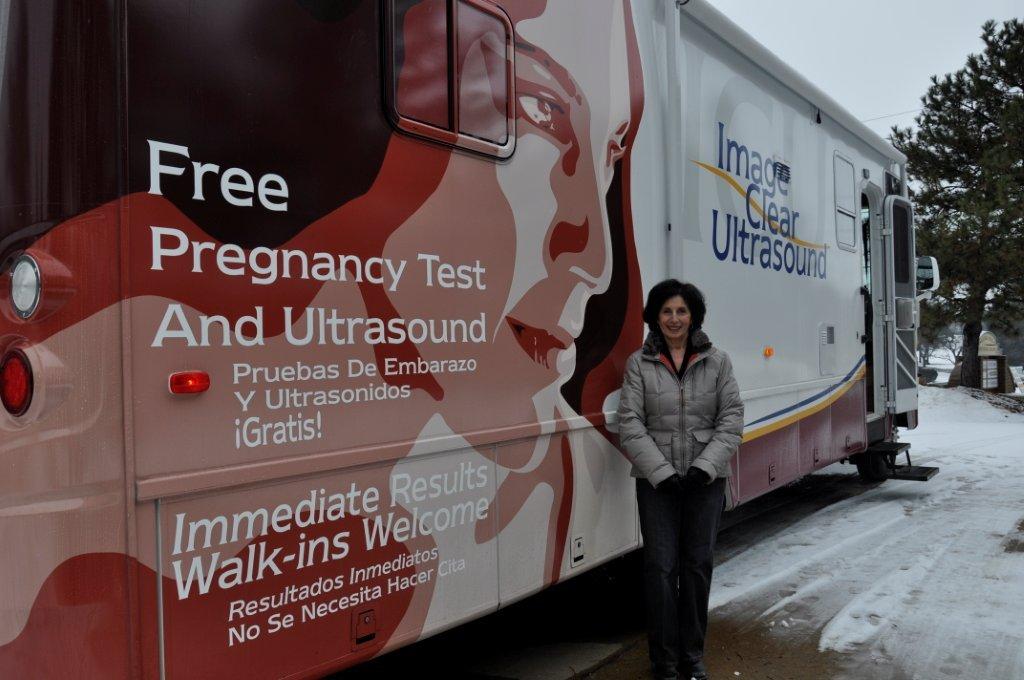 Next, we needed to find a doctor to begin the medical part of the service. A friend told me that she knew of an Ob/Gyn physician who had to close his practice due to the high cost of insurance and told me to give him a call. I did not know him, but to my surprise, he was very interested in being our doctor. He suggested we work together with another larger center in the area. This center was focused on counseling, and did not want to become a medical center; they were, however, interested in our mobile performing ultrasounds for their clients. This relationship continues to benefit all of us.

Shortly afterward, a woman called our center to say that she was a sonographer and felt God was leading her to use her skills at a pregnancy center. She wondered if we needed anyone; she became part of our ICU Mobile team.

After several conversations with her, she referred us to a man affiliated with an ultrasound company and told him we were in the market for an ultrasound machine. He explained that we could get the machine at a discount of about 40% since we were members of NIFLA. He personally spent hours on designing the inside layout and determining the best location for the ultrasound unit in the RV.

Other gifts from God included an exam table that was donated from another pregnancy center, free paint from a local paint company, and a discount from a graphics company that wrapped the exterior of the RV. The whole project was paid for without one appeal for funds.

It took nine months, not a coincidence in my mind or heart, for the first ICU Mobile to develop – truly a gift from God. We believe God has great plans for ICU Mobile and we want to be ready and willing vessels through which He fulfills His plans. We want to see ICU Mobile grow to honor God and bring glory to His name as we birth many more ICU Mobile vehicles to reach women in the United States and around the world. It is our prayer that God will grow this mobile family.

It took nine months, not a coincidence in my mind or heart, for the first ICU Mobile to develop – truly a gift from God.